Images are uploaded and modified in the ‘Media’ section. 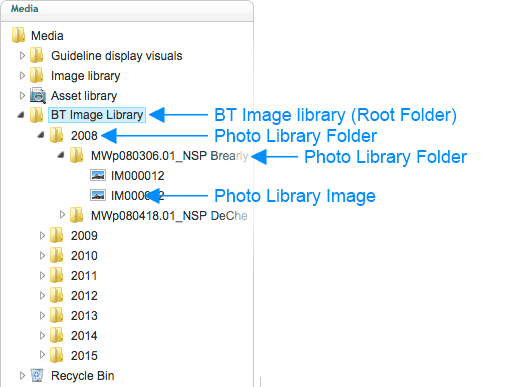 Under the root ‘BT Image Folder’ node, there are only two image Media Types:

As mentioned above, images should be placed into ‘Photo Library Folders’. The folder structure has already been created but if you would like to add more folders, follow the steps below.